We recently lost Sam Stahlman, a friend and inspiration to many.

Please join us in dedicating a memorial to his life and memory.

Sam Stahlman joined the Lions Club of Patchogue in 1958, sponsored by his good friend Lion Artie Fuccillo. Sam was born on April 11, 1925 and enlisted in the US Army at 17. He fought in the D-Day invasion, landing at Normandy in June 1944 and later in the Battle of Bastogne in Belgium in December 1944. Sam was wounded near the end of the war and received a Purple Heart, but his wounds did not put him on the sidelines, and he was back in combat in short order. Sam was twice awarded the Bronze Star, presented to a soldier for heroic service in a combat zone.  Sam’s unit also received the Presidential Commendation. Of all the honors and awards that Sam received, he was most proud of his Combat Infantryman Badge, awarded to all infantry men who served in a combat zone. Sam was and shall always be remembered as a genuine Hero. Sam will also be remembered as a local businessman, substitute teacher in the Patchogue-Medford School District as well as a volunteer coach for the high school varsity football team. He received many awards and honors for his service to our country and our community. Sam was named to the Veterans Hall of Fame in 2010 and to the Pat-Med Hall of Fame in 2018. 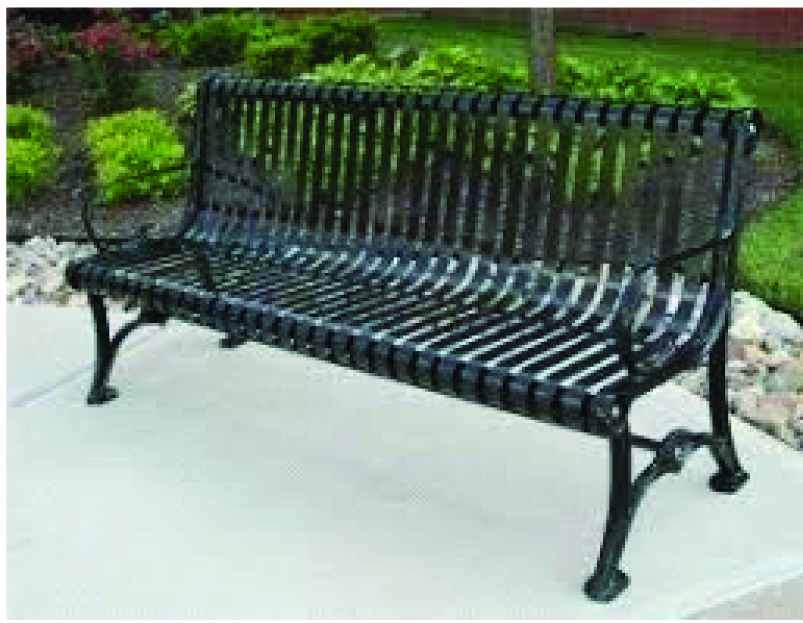 To honor Sammy, the Lions Club of Patchogue, in cooperation with the Village of Patchogue, plans to place a park bench and a plaque at the 9/11 Memorial Park at Maiden Lane and Cedar Ave. The bench and plaque will be placed near the bench and plaque honoring Sam’s son Eric Stahlman, who was killed on Sept. 11, 2001 in the World Trade Center terrorist attack. Patchogue’s 9/11 Memorial Park is a quiet place, right on the Great South Bay, designed for introspection and contemplation.

Note: The full amount of your gift qualifies as a deductible charitable contribution. We will acknowledge your contribution upon receipt. The Lions Club of Patchogue Inc is a 501(c) 3 charitable organization.